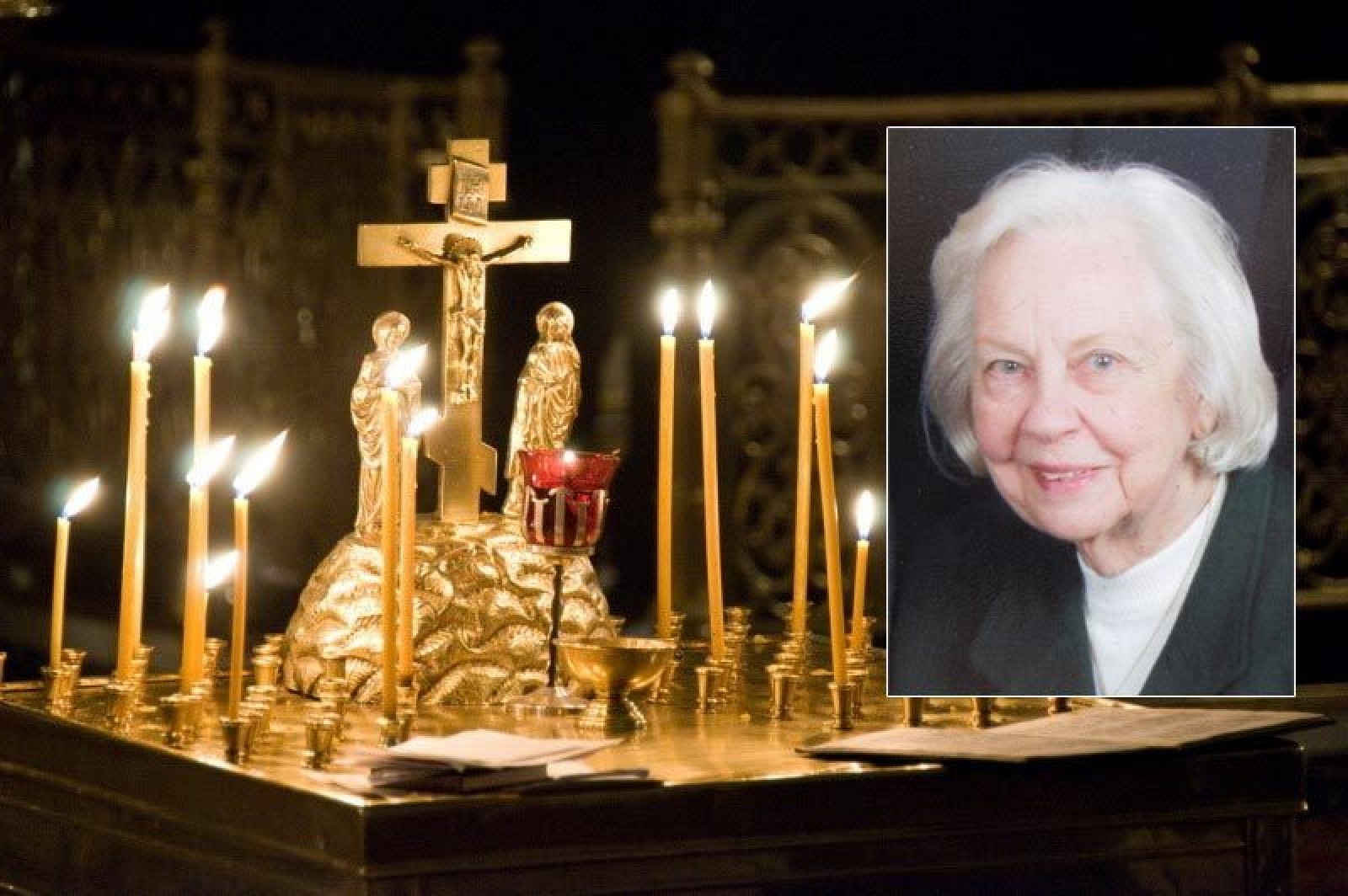 Eudoxia Alexandra Platoff (nee Pogrebniak), fondly known as Donya, passed away on January 10, 2020, at Fort Belvoir, Virginia. She was born on March 5, 1927 in Derby, Connecticut. Donya attended Boston University’s School of Nursing and upon graduation, married Dr. Gennady E. Platoff MD on September 12, 1948. Donya and Genna traveled and lived throughout the world - Berlin, Paris and Teheran to name a few. They lived in the Fairfax, VA area for over 35 years.

Donya was a warm, friendly, multi-lingual, and multi-talented human being and wonderful mother. She was an exceptional cook, having studied at Le Cordon Bleu in Paris, and her table was always a happy one. Donya started her work career as a surgical nurse and then switched to her passion of music and became a music teacher. She was a member of several professional singing groups, for example, the Washington, D.C. based Pan Orthodox Madrigals who performed at venues such as the White House, the National Cathedral, the Supreme Court and the Kennedy Center. She served as Treasurer for the Russian-American Genealogical Archival Service (RAGAS), a non-profit research service for Americans to request information from the archives of the former Soviet Union and was awarded the National Archives Archivist’s Achievement Award in 1987 during her tenure.

Donya was also actively involved in the Russian Orthodox Church, acting as the Public Relations Officer for the Diocese of Washington, D.C. for over ten years. She coordinated events for visiting dignitaries and clergy. Donya was awarded the special honor of a Gramata for her outstanding service, dedicated stewardship of time, labor, and talent to the Russian Orthodox Church.

The Exhibition of the Metropolitan Museum/Repository of the Orthodox Church i...
30 Jul 2022 at 2:57pm